[Spam Mode] It's been awhile

Tada ima!~ (even though for a very short time online)

So! This time, I managed to catch up with Arashi's TV Show and Drama which in April! All thanks to my Ojyo-sama (my junior called my friend that, hahaha! KAWAII!~) for helping me!~ <3

Kazoku Game
Sakurai Sho's new drama in Fuji TV, airing every Wednesday (22:00) since April 17. More info of the drama here
I really love this drama not just because of Sho, but the storyline is VERY interesting! It's not often to see Sho having such interesting and crazy character since The Quiz Show 2 (NazoDi is crazy too, but still losing to Quiz). I'm looking forward for the whole series!~ 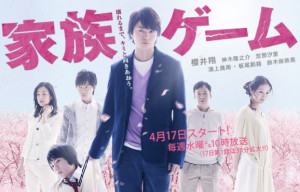 Nino-san
I mentioned in my previous post about Nino having his solo show in NTV. I watched the 1st (still), and it is VERY interesting to see the world we don't know much. And I love when the staff keep on bully him :P 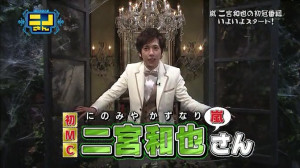 image credit to http://tylerraiz.com
Ima, Kono Kao ga Sugoi!
I yet to watched this show, cos I'm trying to catch up with VS Arashi and Arashi ni Shiyagare!. And also there is no sub available just yet. But will watch it soon in raw even though my Japanese is VERYYYYYYY limited. LOL

I couldn't check on other drama of this year's Spring due to my limited time of away from home. I'll work hard though!~ huhuhu.
Need to update my drama review blog, since I haven't update it for a very long time!~ (about a year already? :P)
Tags: drama, ninomiya kazunari, sakurai sho, show, spam
Subscribe